Hello my name is Lisa Riley my life has always been I think a simple one, which is myself and my family. I started a full-time job at 18, I found a man who became my true love and cherish his support and care. His name is Steve, I got my Mum, Dad and Sister who I love to bits as well. Then in 1998 I got married to Steve and then life plodded on as what I thought was a normal life until the year 2008.

One day I was being lazy and was trying to pick up something off the floor with my toes (with my left foot) and all of a sudden I noticed I could not do what I wanted to do with it. I tried and tried to no avail. My foot I noticed it changes patchy colours and also turned inwards.

So I booked an appointment to my local GP and after a lot of looks and pokes was told I had Gout. But I was totally confused I didn’t drink, or eat rich foot so I changed the diet and started on medication for Gout. After more doctors pokes and prods I was told I didn’t have Gout but the doctor I was talking to could not make a change as he was not my personal GP. So I changed my doctor surgery and saw a new doctor who said it was not Gout but was not sure what it was. So I went back to my new GP and told him after nearly 2 years I need to know I was not loosing my mind because I thought that is what it felt like as I could not do or move my foot. So I was left frustrating and confused I needed to feel like someone was listening to how I could not do the simplest of things like walk normally, stand up straight or without falling over. So I went yet again to my GP and told him I wanted something doing he said am I willing to see this through to the end no matter what. I looked at him and told him yes.

So I got an appointment in 2009 and saw a specialist and after yet more pokes and prods he told me I know what you have wrong with you. Just to hear that from someone I know what is wrong with you sent tears to my eyes as someone finally was understanding and listening to me. He looked and said you have a condition called Dystonia.

So I left the hospital from seeing the specialist with what felt like just a word, one that I had never heard of and was left feeling like I was alone with something I didn’t understand. I know I had the support of my family and friends but no one was able to understand what i was going through in my mind, why me, how did I get it, how can I get rid of it?
At first I found it very lonely as nobody had ever heard of Dystonia so for a year I just kept myself to myself and tried to deal with it my self. But I soon realised I needed help as the spasm and twisted foot was just wearing me down. I think the biggest thing i have found the hardest is to simply ask for help. My specialist got me on to having Botox and sorted me with all the different pills but slowly even that just didn’t help as I became slowly more unhappy and the silliest thing would set me off crying. I can admit I have had to deal with my feelings alone. I know I mentioned I had family and friends but they can be there for a talk or a hug but I had still not seen anyone with my condition. So I went online and found the UK Dystonia web site which I found there are more people with this condition and im not the only one with this condition anymore.

The specialist decided to issue me with a leg splint as sometimes when i walk my ankle turns inward which then makes even more pain or makes me fall over which is sometimes very dangerous, falling over either alone, in the street or in front of traffic. The splint works good while i have it on but as soon as i take it off it turns back in to its old Dystonia self.

5 thoughts on “About me and the start of strange things ahead part 1.” 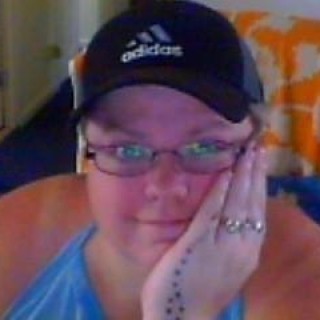 I’m Happily married to Steve, I have a medical condition called Dystonia which was diagnosed in 2009 which is very painful. I have it in my left foot and jaw I'm on alot of pills to deal with this condition. I have over 15 tattoos which I like having and getting. I’m now Epileptic and also Diabetic type 2.

My Life With Dystonia